Chairman of the Board

Michael J. Henneman co-founded Royal Properties in 1979 with Beta fraternity brother, Rick Schmidt and continues to be a managing general partner in each of its partnerships. In addition to his current company role as chairman of the board, he is also very involved in deal structure and in leading the development process. Other critical development functions lead by Mr. Henneman are site verification, development process, professional selection, government interface, deal structure, debt financing and asset deposition.
Michael is also an owner of Henneman Engineering Inc., a successful Illinois-based architectural and engineering firm founded 57 years ago by his father. Throughout his career at Henneman, Michael has held multiple positions including draftsman, electrical designer, engineer, vice-president and corporate secretary. In 1991, he became President of the engineering firm and served as President/CEO until 2014. He also served as Chairman of the Board from 1996-2016. Under Mr. Henneman's leadership, the firm has grown to eight offices in 3 states.
Michael is a University of Illinois graduate with a Bachelor of Science degree in Electrical Engineering and Computer Science (BSEE) in 1975, and a Master of Business Administration (MBA) degree in 1983. He is a registered professional engineer in the states of Illinois, Arizona, Texas, Missouri, Wisconsin and Indiana. He is also a member of the American Consulting Engineering Council, National Society of Professional Engineers, and an affiliate of the American Institute of Architects. In 1986, Michael designed and engineered a computer-based energy management system for the University of Illinois chilled water air conditioning system. The design was cutting edge innovation and Mr. Henneman received a Design Award of Excellence from the United States Secretary of Energy, John S. Harrington. From 2006-2009 Mr. Henneman was on the board of directors for American Campus Communities (ACC), a public REIT.
In addition to his professional duties, Michael serves as a Board member of CEO (CEO.org) currently and served in the past as Chairman of the Champaign County Chamber of Commerce, Chairman of Illini Chapter of Young Presidents Organization(YPO), Board Director of Bank Champaign, Director of the Urbana-Champaign Economic Development Corporation, past Co-Chairman of St. Mathew School Education Commission, member of University of Illinois President's council, the fighting Illini Athletic Scholarship Fund, and Chairman of the Sigma Rho chapter (University of Illinois) Beta Theta Pi Fraternal Building Corporation. He has also served on the City of Champaign Zoning and Building Code committees. State of Illinois Professional Engineering Energy Committee, and the University of Illinois Professional Practice Group of the Department of Architecture.
Mr. Henneman's community involvement has focused on the founding of a new Catholic High School in Champaign, Illinois. In addition, Michael donated to the High School of Saint Thomas Moore a charitable gift, earmarked for the construction of a new football and track field. In 2007 Mr. Henneman and family donated a gift in support of the construction of the new Champaign Public Library.
Mr. Henneman is a native of Champaign, Illinois, and currently resides in Naples, Florida. Michael enjoys family (3 children), boating, golf, art and travel.
Appointment requests please contact mbarnett@henneman.com

Rodrick L. Schmidt is one of the founding partners of Royal Properties. In addition to serving as president, he is a member of the board of directors and a managing general partner in each of its partnerships. Rick's skills are mainly deployed in the area of finance, property, acquisition and partnership development.
Prior to his involvement with real estate, Rick worked in the life insurance business. But after 23 years in the field, he refocused his energy, dedicating 100 percent of his time to the development of Royal Properties.
Rick earned a bachelor's in agriculture business from the University of Illinois in 1975, following that achievement with a CLU designation in 1979 and an NASDE Series 6 license in 1982. While at the University of Illinois, Rick established a name for himself as a key player on Fighting Illini men's basketball team, receiving honors as a two-time First Team Academic All-American and two-time Most Valuable Player. He later parlayed his experience in college sports into a seven-year stint as a radio commentator for Fighting Illini basketball. In 2009, Rick was presented with the "I" Man of the Year Award by the Varsity I Association of the University of Illinois. The Achievement Award is the highest honor bestowed upon a past letterwinner for post-graduate accomplishments.
Rick is a member of the University of Illinois President's Council and a member of the Illini Loyalty Circle.

Vice President of Marketing and Development

Rachel H. Beaupré joined Royal Properties in early 2013. As Vice President of Marketing and Development, Rachel is involved in the development of new projects and the sale of current assets. She is responsible for determining project feasibility, creating revenue and expense projections for operational sites, and marketing new developments to potential buyers.
Rachel oversees all communications, public relations and promotional activities selected to support the asset and marketing strategy. She works to establish, promote and maintain each asset's image to generate business. Rachel is responsible for developing individual marketing strategies and budgets, supporting property managers in all marketing efforts and supervising the lease up of all properties.
Rachel received her BA from the University of Arizona in 2009. She currently lives in Dallas with her husband, Ryan and son Ryan Jr. In addition to her professional commitments at Royal, Rachel is the owner of RHB Development, a residential development company based in Dallas, Texas.

Andrea Singh joined Royal Properties in 2013 and has continued to grow into various leadership roles within the organization. As the Vice President of Financial Operations & Human Resources she currently oversees accounting, operations and human resources for Royal. Her primary responsibilities include financial reporting & forecasting, analyzing individual property performances on financial and operational metrics and adjusting procedures as needed and overseeing the management of all personnel employed by Royal.
Andrea received a Bachelor of Science in Accounting with a minor in logistics from the University of Tennessee in 2007 and completed the CPA exam in 2009. In 2018, she completed her real estate brokers license in the state of Illinois. Prior to joining Royal Properties, she worked for Deloitte & Touche as an audit associate in the Nashville office and Hanson Financial, Inc. where she provided accounting services to start-up and non-profit companies within Research Park at the University of Illinois.
Outside of Royal, Andrea lives in Champaign with her husband, Ajay, their two children and two dogs. She also serves as the House Corporation Treasurer and Employment Committee Chair for Delta Gamma's Iota chapter at the University of Illinois. 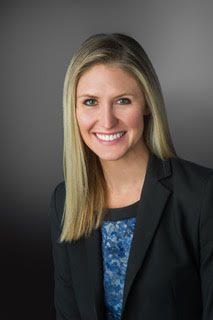 Kelly Kenefick serves as the Vice President of Acquisitions & Development for Royal Properties (Naples, Florida) since 2019. Kenefick oversees new project pursuit, pipeline analysis and capital raise across all US markets and various product types which include market rate housing, affordable housing, student housing, retail and mixed-use projects. Prior to Royal Properties Kenefick worked at Trammell Crow Company (Dallas, TX), within the Chicago Business Unit as a Development Associate from 2011 to 2014 where she managed underwriting, due diligence and accounting for active developments and pipeline projects in Chicago and Minneapolis-Saint Paul markets.
In 2014, she moved to TCC’s national Capital Markets Team where she was in charge of equity and debt raise across 15 US markets and all product types: multi-family, office, industrial, retail and mixed-use. During her time on the Capital Markets Team, Kenefick helped secure approximately $4 billion in total project cost for over 40 different developments in under four years.

Christina L. Flessner joined Royal Properties in January 2014 and instantly found a home with our team. With a professional and friendly attitude, Chris makes the bookkeeping process understandable for our Property Managers and their support teams. Chris is primarily responsible for accounts payable, bank reconciliations and payroll for Royal while also managing the Royal corporate office.
Chris joined Royal with over 25 years of bookkeeping and payroll experience; she has worked with several types of companies including a publishing company, a plumbing company and a local union. Working within various industries provided Chris valuable experience in companies that need to catch-up on months or even years of bookkeeping work. She has a knack for using common sense as her greatest "weapon", she loves to find new ways to take the work out of paperwork. Her goal is to help business owners focus on their dollars and find ways to cut expenses and increase revenue while being able to enjoy life outside of their business.
Outside of work, Chris is a mother and a grandmother. When not spending time with her family, she is an avid photographer and her and her husband Bryan, enjoy breeding and showing of pure-bred Bloodhounds.